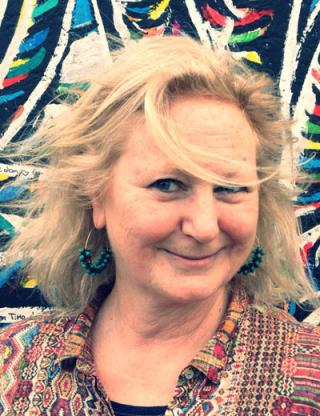 Cathy Lane is a British sound artist and composer, She is interested in sound and how it relates to the past, our histories, our environment and our collective and individual memories. This informs her current work as a composer, sound artist, lecturer and researcher. Aspects of her creative practice has developed out of these interests and concern composition with spoken word, field recordings and archive material and writing and lectures on these and related subjects. Much of her compositional work can be described as 'docu-music'. Recent works such as Tweed and On the Machair form part of The Hebrides Suite a sonic investigation and composition of the Wetern Isles of Scotland and “…the pickle pot is her house…“ is an multi-faceted exploration of food as a material, a commodity and as a sounding substance. Previous works related to sound, history and memory include Hidden Lives (a multi channel site specific sound installation) and "The Memory Machine (an interactive sound installation premiered at Cybersonica at the ICA, London in 2002 and further developed for the British Museum exhibition The Museum of the Mind: Art and Memory in World Cultures in 2003). Her previous electroacoustic music works have explored the metaphorical use of space and gesture as a compositional parameter. Other works include compositions and sound design for large-scale outdoor theatre productions, film and video soundtracks, live performance and installation work. She has recently edited Playing with Words: The Spoken Word in Artistic Practice, an anthology of works from over forty leading contemporary sound artists and composers who use words as their material and inspiration. Further research funded by an AHRC Small Grant for the Creative and Performing Arts has led an online exhibition of curated audio works Playing with Words: an audio compilation (Gruenrekorder 2010); a public symposium 'Speaking Out : the spoken word in artistic practice at Tate Modern, 2010; a study day at LCC and an academic essay about the variety of practices used by artists and creative practitioners working with words, particularly the spoken word, to be published in 2011. A series of collaborative works made with choreographer Rosemary Butcher have been performed, exhibited and broadcast worldwide. Cathy Lane established the department of Sound Art and Design and now co - directs Creative Research in Sound Arts Practice, (CRiSAP) at the University of the Arts, London. She has a PhD in electroacoustic music composition from City University, London.