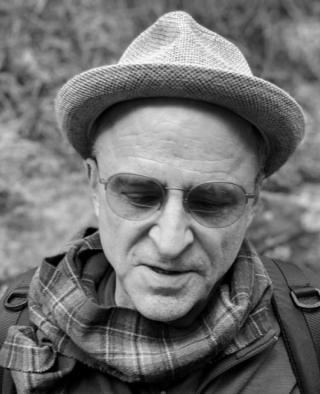 Douglas Kahn (1951 in Bremerton, Washington, USA) is an American/Australian academic and writer. Kahn is known primarily for his writings on the use of sound in the avant-garde and experimental arts and music, and history and theory of the media arts. His writings have also been influential in the scholarly area of sound studies and the practical area of sound art. His best known book Noise, Water, Meat: A History of Sound in the Arts was published by MIT Press in 1999. The Times Literary Supplement called the book "an impressive combination of solid academic research and theoretical pyrotechnics." His book, Earth Sound Earth Signal: Energies and Earth Magnitude in the Arts was published in 2013 by University of California Press. Support was provided by a Guggenheim Fellowship to investigate the history of naturally occurring electromagnetism in telecommunications, science and the arts, and by a 2008 Arts Writers Grant from Creative Capital and the Warhol Foundation. Slate (magazine) and Public Books listed Earth Sound Earth Signal as one of the books of the year. Energies in the Arts, his edited collection published by MIT Press in 2019 argues for a pluralist notion of the concept of energy to inform research in the humanities inclusive of and beyond the dominant associations of energy with fossil fuel use and physics. MIT Press summarized the book as, "Investigating the concepts and material realities of energy coursing through the arts: a foundational text." Douglas is Professor of Media and Innovation at the National Institute for Experimental Arts (NIEA), UNSW Art & Design, University of New South Wales, Australia, and Professor Emeritus at the University of California, Davis, where he was the Founding Director of Technocultural Studies. He was an Australian Research Council from 2012 to 2016 and a Guggenheim Fellow in 2006. He was editor (with Gregory Whitehead) of Wireless Imagination: Sound, Radio, and the Avant-garde published by MIT Press in 1992; author of John Heartfield: Art and Mass Media published by Tanam Press in 1985; and editor (with Diane Neumaier) of Cultures in Contention published by Real Comet Press in 1985. He has also written for The Wire (magazine), The Guardian and many other occasional publications.