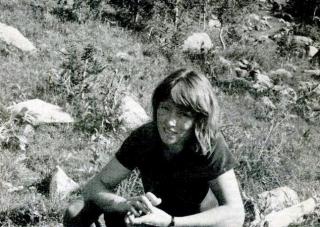 Hildegard Westerkamp was born in Osnabrück, Germany in 1946 and emigrated to Canada in 1968. After completing her music studies at the University of British Columbia in the early seventies she joined the World Soundscape Project under the direction of R. Murray Schafer at Simon Fraser University. Her involvement with this project not only activated deep concerns about noise and the general state of the acoustic environment in her, but it also changed her ways of thinking about music, listening and soundmaking.

While completing her Master's Thesis in the 1980s, entitled Listening and Soundmaking - A Study of Music-as-Environment, she also taught acoustic communications courses until 1990 in the School of Communication at SFU together with colleague Barry Truax. Since then she has written numerous articles and texts addressing issues of the soundscape, acoustic ecology and listening, has travelled widely, giving lectures and conducting soundscape workshops internationally.

In 1993 she was instrumental in helping found the World Forum for Acoustic Ecology (www.wfae.net), an international network of affiliated organizations and individuals who share a common concern for the state of the world’s soundscapes. She was chief editor of its journal Soundscape between 2000 and 2012. In 2003 Vancouver New Music (VNM) invited her to coordinate and lead public soundwalks as part of its yearly concert season. This in turn inspired the creation of The Vancouver Soundwalk Collective, whose members are continuing the work on a regular basis. For some years now she has mentored a variety of younger composers, sound designers, soundwalk leaders and people pursuing careers in soundscape studies and acoustic ecology.

Hildegard’s compositions have been performed and broadcast in many parts of the world. The majority of her compositional output deals with aspects of the acoustic environment: with urban, rural or wilderness soundscapes, with the voices of children, men and women, with noise or silence, music and media sounds, or with the sounds of different cultures, and so on. She has composed film soundtracks, sound documents for radio and has produced and hosted radio programs such as Soundwalking, and Musica Nova on Vancouver Co-operative Radio.

She has combined her treatment of environmental sounds with the poetry of Canadian writer Norbert Ruebsaat and Sharon Thesen. In 2000 she created together with photographer Florence Debeugny, At the Edge of Wilderness, a sound installation about ghost towns in British Columbia, commissioned by Vancouver's Western Front Society. And in her 8-channel composition Für Dich—For You, based on poetry by Rainer Maria Rilke and its translation by Norbert Ruebsaat, she explores the theme of love and connectedness with the sounds and languages of her German-Canadian existence. Some of Westerkamp’s compositional work appears in US filmmaker Gus van Sant’s Elephant and Last Days.

The Nature of Music: Hildegard Westerkamp from Other Minds on Vimeo.