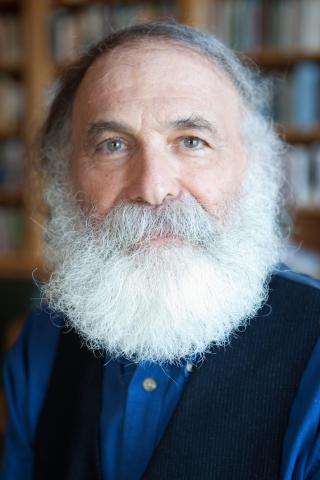 Hillel Schwartz is a cultural historian, poet, and translator currently writing on notions and experiences of “emergency” since 1760. As an historian, he is best known for Making Noise: From Babel to the Big Bang, and Beyond (Zone, 2011, 2016) and The Culture of the Copy: Striking Likenesses, Unreasonable Facsimiles (Zone, 1996, 2014). Across two decades he has collaborated in translating six books by the Korean poets Ko Un and Kim Nam-jo, and has worked with artists and museums in Europe and North America. Most recently he has designed and led workshops on soundmapping. He was educated at Yale University (PhD, 1974), the University of California at Berkeley (MLS, 1975), and Brandeis University (BA, 1969), Schwartz’s other books include The Culture of the Copy: Striking Likenesses, Unreasonable Facsimiles (Zone, 1996); Century’s End: A Cultural History of the Fin de Siècle from the 990s through the 1990s (Doubleday, 1990); Never Satisfied: A Cultural History of Diets, Fantasies and Fat (Free Press, 1986); and The French Prophets: The History of a Millenarian Group in 18th-Century England (California, 1980). Schwartz has taught in departments of history, humanities, religious studies, literature, and communication at the University of California at San Diego, San Diego State University, and the University of Florida. His work has been supported by the National Endowment for the Humanities and American Council of Learned Societies.