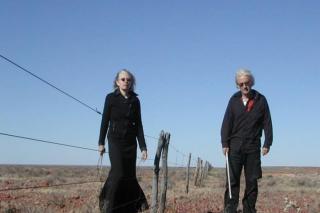 Hollis Taylor is a composer and bioacoustic researcher who blurs the lines between human music as classical, jazz, and folk and bioacoustics. Taylor was born in the USA and has been a Sydney resident since 2002. Her PhD from the University of Western Sydney is on the song of the Australian pied butcherbird. Her portfolio of compositions based on birdsong won the 2008 UWS APRA award and was featured on ABC Classic FM's New Music Up Late and at Violinale 2009 in Berlin. Taylor's sound/video installation Great Fences of Australia, in collaboration with Jon Rose, has seen numerous international performances. She has written a full-length book entitled Post Impressions based on her and Rose's 35,000 kilometre journey as cartographers making a sonic map of the great fences of Australia. Taylor is a Research Fellow at Macquarie University, Sydney in the Department of Media, Music, Communication and Cultural Studies. Her research focuses on three Australian avian species-pied butcherbirds, lyrebirds, and bowerbirds - as she reflects on animal aesthetics, human exceptionalism in the arts, and the nature-culture continuum. She lectures worldwide on The Music of Nature and the Nature of Music. Her award-winning (re)compositions of pied butcherbird songs are supported by a grant from the Australia Council. Her monograph, Is Birdsong Music? Outback Encounters with an Australian Songbird, is forthcoming. Previous posts include as a Research Fellow at the University of Technology, Sydney, the Laboratoire d'Eco-anthropologie & Ethnobiologie in the Muséum national d'Histoire naturelle, Paris, and the Institute for Advanced Study in Berlin.