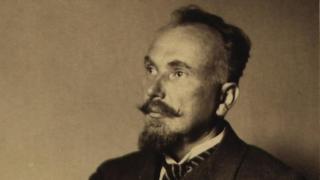 Ivan (or Janez) Regen (known also as Johann Regen) (1868 – 1947) was a Slovenian biologist, best known for his studies in the field of bioacoustics. Regen was born in the hamlet of Lajše in Trata (today part of Gorenja Vas, Slovenia) and became interested in insect sounds as a child. His family couldn't afford to pay for his schooling, so he studied first at the local seminary for which he received a scholarship, and slowly saved enough funds for the tuition fee in Vienna. Regen's largest project was a so-called "geobiological laboratory", a large terrarium in which he studied phonotaxis on a large scale. Using as many as 1600 females with intact or damaged hearing organs, he was able to statistically evaluate their behavior. He was a private researcher since 1911, but remained in touch with Slovenia, supporting several local societies and cultural institutions, and establishing Slovene terminology for the fields he worked in. In 1921, he declined the invitation to become a professor at the University of Ljubljana. In 1940, he became an associate member of Slovenian Academy of Science and was also an honorary member of Slovenian society of natural history.