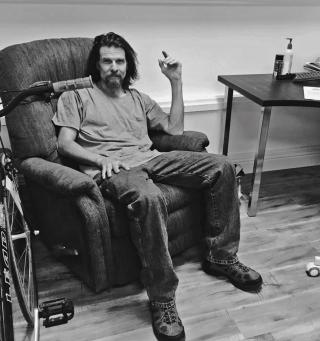 Jeph Jerman (born 1959 In Hagåtña, island of Guam) is an American sound artist and musician. He records sound fragments or collects found objects which he uses in his improvisations and performances. As a contemplative walker without a set destination, he is interested in the pure sound without references. To what we listen is not so important, what matters most is the time, place and the way we listen. Unlike other field recording artists, Jerman is not interested in the aesthetic richness or sonic variety, but simplicity, gentle differences, vibrations, moderation, and the primordial animalism on the quiet edge of organic and inorganic nature.

In 1996 he embarked upon a weekly series of concerts at Anomalous Records in Seattle which brought him into contact with the city's improvised music community. During this time he began giving solo performances using only natural found objects (stones, shells, bones, driftwood, pine cones, etc), as soundmakers, a practice which continues to today. Eventually he stopped using the name Hands To. In 1999 he founded Animist Orchestra, which focuses on making music that bypasses our individual egos. Most of his previous work could be interpreted as being 'idea- and sound-based”. He believes this is due to his growing interest in listening, in what happens when one listens, and his concomitant disinterest in contextualizing sound.