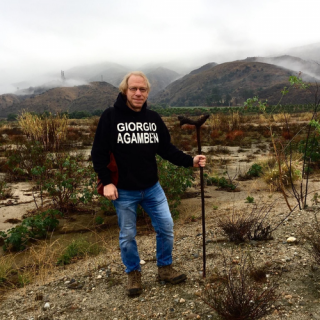 "Sound works, recordings, scored compositions, improvisation, ongoing collaborations, installations: my work can take a variety of forms. At the most basic level, this work invokes a change, usually subtle, in the situation. It attempts to engage with “the process that is the world” (to quote Joseph Panzner quoting John Cage), to hear that world evolving behind the surface, to hear a world that is constantly undergoing transformation. But the work is also an attempt to pause, to hold that space open as a place to imagine a better world."

Michael Pisaro-Liu (born, Buffalo, 1961) is an American composer and guitarist, a member of the Wandelweiser Composers Ensemble. While, like other members of Wandelweiser, Pisaro-Liu is known for pieces of long duration with periods of silence, in the past fifteen years his work has branched out in many directions, including work with field recording, electronics, improvisation and ensembles of very different kinds of instrumental constitution. Pisaro-Liu has a long-standing collaboration with percussionist Greg Stuart, with over thirty collaborations (pieces and recordings) to date, including their 3-disc set, Continuum Unbound from 2014 and Umbra & Penumbra for amplified percussion and orchestra premiered by the La Jolla Symphony in February, 2020. Pisaro-Liu also has recurring (intermittent) duos with Christian Wolff, Keith Rowe, Taku Sugimoto, Antoine Beuger, Graham Lambkin, Toshiya Tsunoda and Reinier van Houdt. There are several recent compositions for orchestras of various kinds and constitutions – including commissioned work for the BBC Scottish Symphony, INSUB MetaOrchestra and the Grand Orchestre de Muzzix. Much of his current work takes the form of mixed-media assemblages, in collaboration with filmmaker/artist/writer Cherlyn Hsing-Hsin Pisaro-Liu.

Pisaro-Liu is the Director of Composition and Experimental Music the California Institute of the Arts.