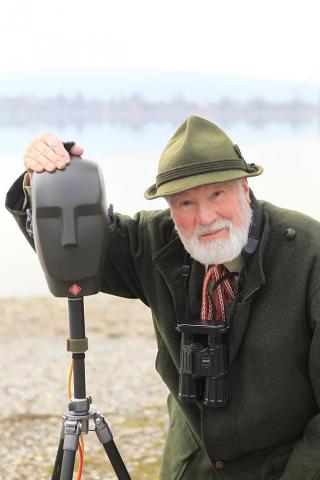 Walter Tilgner is a biologist and bioacoustician, born 1934 in Olomouc, Czechoslovakia. In 1945, after the banishment from there the son of a master carpenter was raised on a farm near Hünfeld Germany. In the fifties studied zoology and botany in Frankfurt on the Main and until his retirement worked at the Natural History Museum at Lake Constance. The environmentalist and well-known nature photographer, since 1999 the honorary member of the Soundscape Forum Basel and WFAE. He is recording “nature sound images” for more than 40 years.